Choose your country or region.

To help us to make your experience on our site even better please choose your closest home region or country from those below.
I will decide later
0808 196 2027
sales@sportstraveltours.com 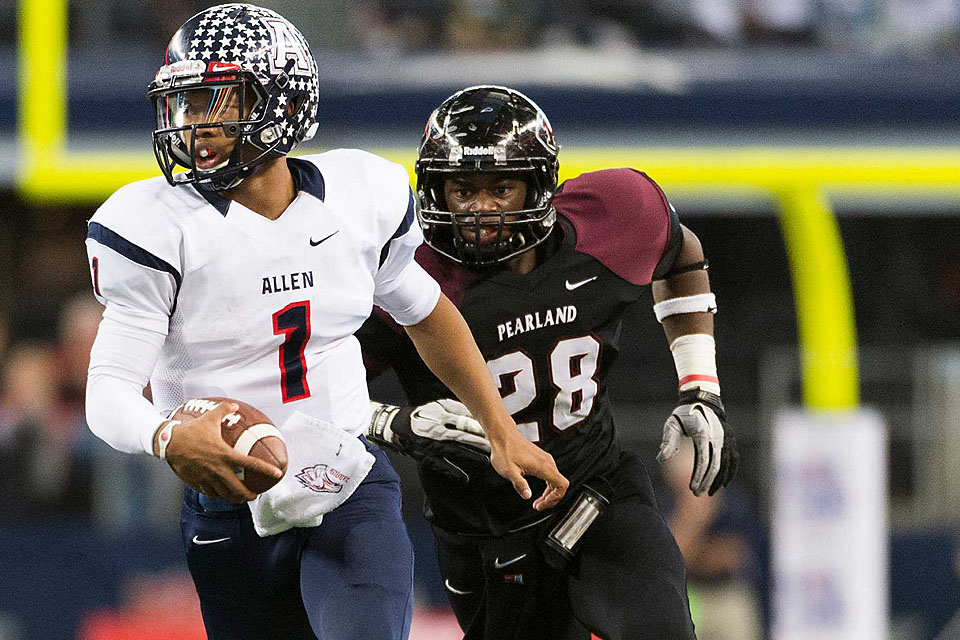 Kyler Murray's route to the Offensive Rookie of the Year award announced at the Super Bowl earlier this month has been nothing short of amazing, well for most people anyway, mostly those who didn't see him play at High School.

In Texas, high school football is pretty important, to some, its the most important thing. There have been plenty of incredible talents that have come out of the Lone Star State, however for the people of Allen, a suburb 45 minutes north of Arlington the greatest high school player of them all has to be Number 1. From most perspectives, its really hard to disagree, Kyler transferred to the Allen Eagles for the start of his Sophmore season in 2012, just in time for the schools first game in the brand new $60m, 18,000 seat Eagle Stadium. The stadium itself drew national attention for its cost, and later its teething troubles, but nothing compared to the form of its star quarterback. Murray didn't actually start that first game, nor for the next 3, but halfway throughthe fifth game of the season against a strong Coppell side, the Eagles were trailing and Coach Westerberg put his faith in Kyler. 2 scores in 2 possesions followed which gave Allen the lead, and although the Eagles lost in OT the Eagles had their starting QB. For the next two and a half years the Allen fairthful would see a dominance never before witnessed, 43 straight victories and 3 consecutive State Championships. It's important to remember here just where those 3 State titles were won - yes, that's right AT&T Stadium, the house that Jerry built, for many Jerryworld!!

After a strange 1 year in College Station and a high profile move to Norman to join the Sooners we now fastforward to October 2018. Kyler quite remarkably, as a starting QB has yet to taste defeat, the Sooners have started 5-0 headed into the Red River Rivalry game at the Cotton Bowl in Dallas - this time the story ends differently as even a 21 point 4th quarter couldn't save the day, at last a defeat as a starting QB. Fortunately for Sooner fans it would be the only defeat in the regular season, and so its off to the Big 12 title game, you guessed it held at AT&T Stadium. With a 3 TD 379 yard passing game, this time Number 1 turned the tables on the Longhorns. Just a week later there would be a trip to New York to the downtown Athletic Club to collect the Heisman trophy. All that seemed left was the National Championship, unfortunately the Semi Final would be Murray's last college game as Alabama were just too strong for the Sooners - and more importantly the game was held in Miami at the Orange Bowl.

The football gods have certainly bestowed incredible gifts on this young man, but it can't be a coincidence that we don't just see great athletic feats, but rather we see leadership, which translates into wins. 43-0 as a high school QB, 12-2 in his only season starting for Oklahoma, and now after a Rookie season with many predicting a disastrous season the signs of a turnaround in the franchise's fortunes are there for all to see. 5 wins, including a dominant week 16 win over the playoff bound Seattle Seahawks at Century Link Field. Kyler Murray may be small in stature but hsi record is one that must be taken seriously. The fact that Larry Fitzgerald plans to be back in 2020 has to be a sure fire sign that he sees how exciting the future at State Farm Stadium can be.

That brings us full circle, as 2020 sees a return to AT&T Stadium for the Cardinals, only the team's second ever visit to Arlington and the first since defeating the Cowboys in 2014. yet the player who'll be leading the Cardinals will feel right at home 4-0 as a starter and 6-0 overall (counting a game for A&M back in 2015 and the 2017 Big 12 title game as a backup to Baker Mayfield). There will be plenty of friends and fans from his high school days who'll make the journey to Arington (most who are die hard Cowboys fans, but many will be cheering on their favourite son. Make no mistake Kyler won't disappoint, there will be points galore and don't be surprised if even against a team as talented as the Cowboys if you don't see a W on the board for Number 1. 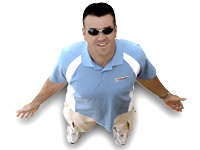 Andrew has been CEO of Sports Travel Tours since its founding in 1998. Prior to this life changing venture, he represented the London Monarchs of NFL Europe in the 1996 season as a National Player and spent the previous 2 season's as defensive captain of the Great Britain Spartans in the Football League of Europe. He is a self-confessed "sports nut" and enjoys boring people about any sporting subject at any time. He is a lifelong Aston Villa fan, Pittsburgh Steelers and Penguins devotee and since his move to Texas has become addicted to the Texas Rangers.
Sports Travel Tours is a private company and is not in any way affiliated to, or licensed by the Ryder Cup, IRB, LTA, Premier League, UEFA, FIFA, F1, Le Mans, NFL, NHL, MLB, NCAA, NBA or any of their teams

This site uses cookies. By continuing to browse the site you are agreeing to our use of cookies.
© 2022, Sports Travel Tours. Designed by Connected Software.